To share your memory on the wall of Irene Fontaine, sign in using one of the following options:

A receipt has been emailed to the address provided. A receipt may also be printed.

Irene was a strong, beautiful, black woman. She worked tirelessly to help others. She always said, “There’s somebody out there who needs more help than me.” She was a card-carrying member of the
NAACP. Because of her civic engagement, she received numerous awards. Among them were: Patriot of the Year in 2013 from the Hospitalized Veterans Affair Committee; an accommodation from Feed the Children due to her consistent support for over 25 years and her name was added to the Wall of Tolerance in Montgomery, Alabama for fighting against hatred and injustice in America.


She worked for Strong Memorial Hospital for 10 years, then Xerox Corporation for 15 years. Her part time employment was at Walmart, which she loved because she could shop every time she got paid. Her
last job was at Park Ridge Hospital for 30 years, where she was the Housekeeping Supervisor.


As a mother, Irene was the best. She made sacrifices when she didn’t have to, just to make sure her family didn’t go without. Due to her unselfish ways, she was always being blessed in one way or another.
She also had a great sense of humor. She had a way of saying the simplest things in a way that would have you on the floor crying from laughter. What her family and friends will miss most are her voice and
her face, but she will live on in our hearts forever.

To send flowers to the family or plant a tree in memory of Irene Fontaine, please visit our Heartfelt Sympathies Store.

We have provided a digital copy (PDF) of the Memorial Program that we supply at the time of the service. To Download this file please click the filename below.

We encourage you to share your most beloved memories of Irene here, so that the family and other loved ones can always see it. You can upload cherished photographs, or share your favorite stories, and can even comment on those shared by others. 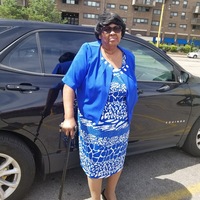